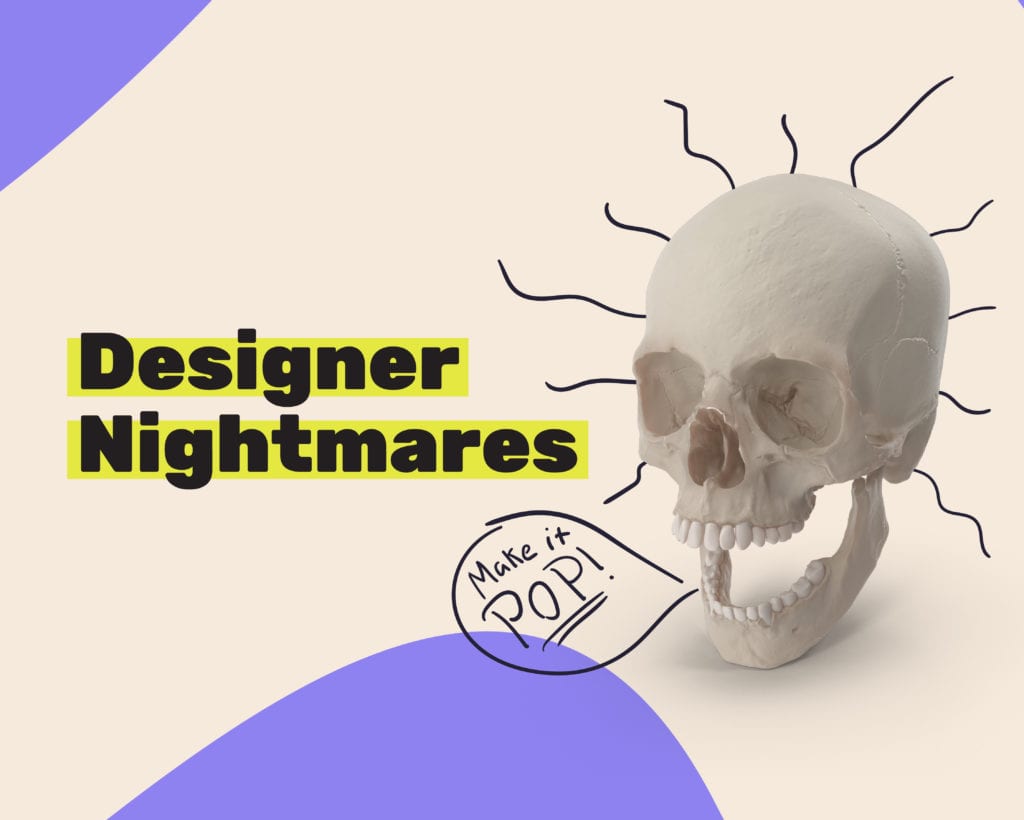 If you are a designer, this nightmare story may sound really familiar. Check out our fun Halloween inspired horror stories for our designer friends everywhere!

It was a dark and stormy night. A young designer is finishing her work for the day when she decides to check her email one last time. She sees just one unread email simply titled “A few minor changes.”

She opened it, and told herself that if she just got these changes out of the way now, she could wake up to a carefree Saturday. So, she reopens photoshop, picks a font that “feels more like a hug.” She exports and sends.

“That wasn’t too bad.” She said to herself. She put on her “relax” playlist and gets up to make a cup of tea.  On her way to the bedroom, she walks by her computer and noticed another new unread message. From a different client. He had drawn up something for her in MS Paint and wanted her to do “this but better.” A chill ran down her spine as she opened the file. It was the most grotesque design she had ever seen. A true abomination.

The clock struck midnight. A normal person would have gone to bed but she knew the only way to get that abomination out of her mind was to fix it.  She opened up photoshop and worked. 2 am passed. 3 am passed. But by 4 am she was finished. She exported and when she opened Gmail to send the file she saw yet another email simply titled. “Make it pop.” She tried to ignore it. It couldn’t have been important anyway. Plus, it was 4 am. She had brunch at 9, she needed to rest. But as she looked at her screen, trying to convince herself to look away, another email came in… and then… another.

Now, she had THREE unread emails.

Thunder shook the house. The rain was pounding on the roof.
She tossed her laptop aside. Enraged, she paced her bedroom. She could feel her heart pounding inside her chest. She was scared to open them. What could be in them? Another MS Paint Abomination? Another request to make it “like this but different”? Oh god.

These projects just kept crawling back. It seemed that no changes were final. She kept thinking these projects were over but they just WOULDN’T DIE. They were feeding on her energy and her brainpower. Like undead psychic vampires. She couldn’t stand the fear of wondering when the next project was going to reach its decaying hand from its grave and grab her.

That’s when she made a decision. This would be the weekend that it all ended. She was putting her foot down. She was going to wrap her little fingers around the necks of these projects and use all of her strength to finally finish them. She wasn’t going to stop until they were finally exercised from her life.

She sat at her desk and she started revising. She was able to respond to all three emails with their revisions just as the sun was rising. It took all of her strength. She was so exhausted she fell asleep at her desk. When she woke the next afternoon, she was still in the same clothes as yesterday. Her hair was wild and unkempt. Her eyeliner and lipstick were smeared across her face. For the first time in a long time, she felt hope. That is… until she saw her computer.

Her inbox was full again. She read their subject lines.

“Can we dial up the fun?”
“Will purple add pizazz?”
“I like it, but the board doesn’t.”
“Hey, this shouldn’t take too long”
“Can you make the logo bigger. It’s Important”
“I’ll just go to Fiverr.”
“A Quick Change”

She tried to exercise her projects, but instead, they were possessing her. First, they controlled her, then they overtook her.  No one ever had brunch with her again. No one saw her at the dog park. She was just a ghost of who she used to be. Some say that they’ve seen her at the grocery store, buying boxed wine and pizza rolls. But the legend says that to this very day, she’s still trapped in her apartment with hair as wild as cobwebs. She paces the dark halls of the house lit only by her computer screen.

Sometimes at night, if you listen real close you can hear her whispering,
“A few Minor changes. A few minor changes.” 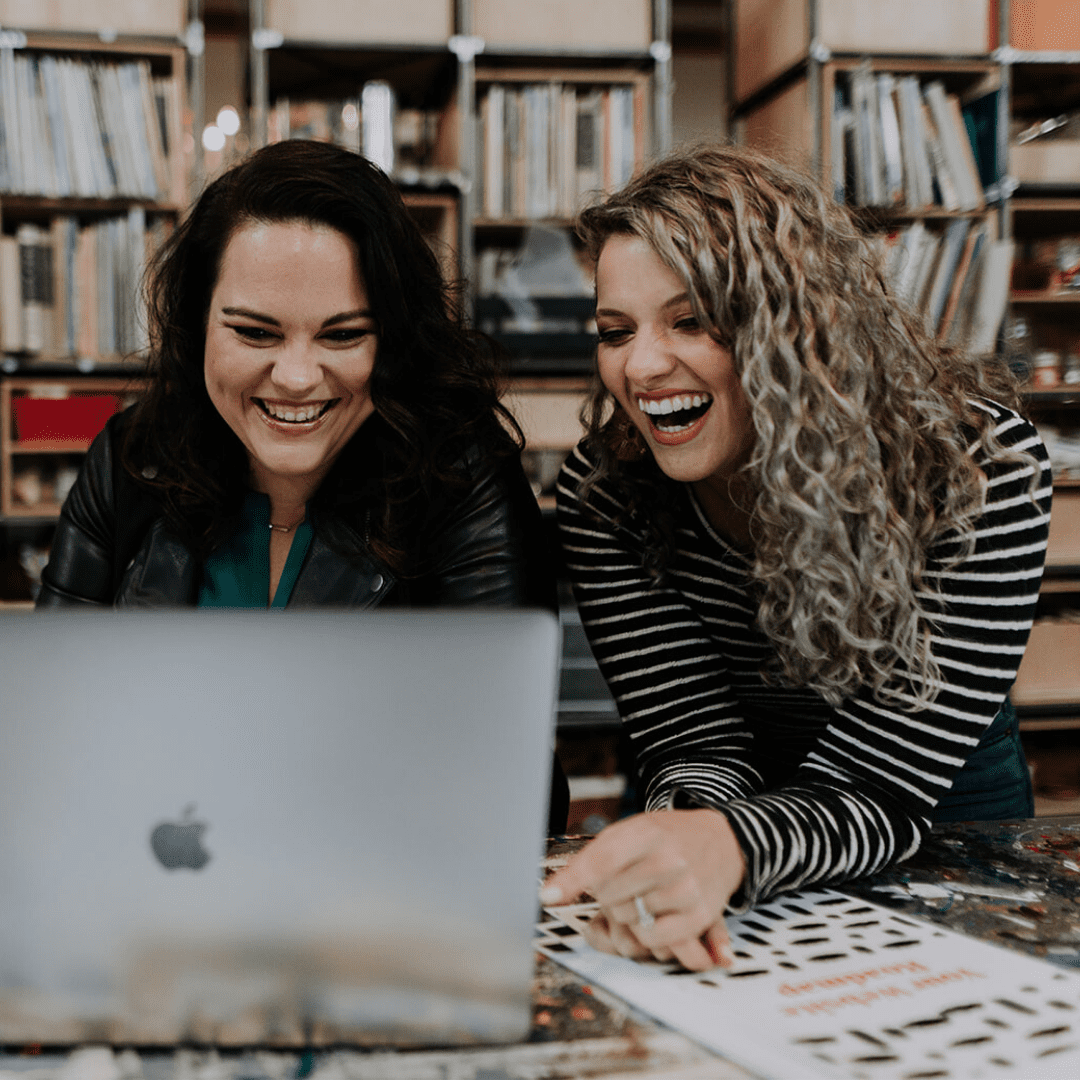 We are a team of web designers and marketing pros with over a decade of experience. Our mission is to help you go from zero to money-making website with the support you need to get it done. Join our list below to get free stuff and special offers from us!